Atopic dermatitis is a genetically predisposed inflammatory and pruritic (itchy) allergic skin disease with characteristic clinical features. It is most commonly associated with the production of Ig-E antibodies to environmental allergens. The types of allergens commonly incriminated are:

Atopic dermatitis is extremely common, and may affect up to 27% of all dogs in the USA, and likely similar numbers of dogs within Australia. The symptoms may be seasonal or non-seasonal, and the offending allergens are mostly outdoor (plants, weeds, grasses, insects, moulds) but may also be indoor, such as the common house dust-mite. There are many breeds that are genetically predisposed to developing atopic dermatitis. 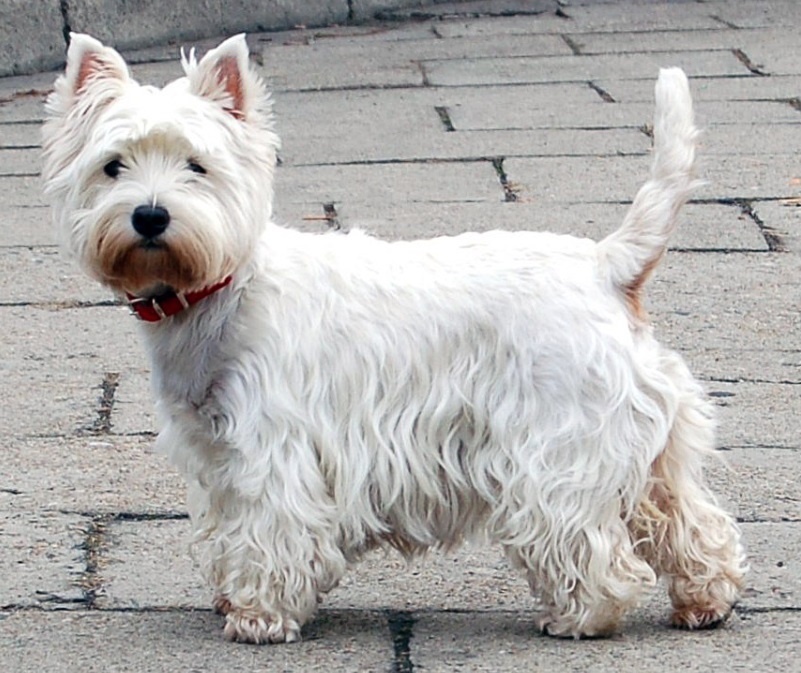 Age of onset, geography and seasonality of canine atopic dermatitis

The age of onset of atopic dermatitis is generally between 6 months and 3 years of age. There are many factors that will influence the age of onset, including breed and geographical location. Dogs in warm climates with pollen present year-round are at an increased risk of developing early clinical signs.

Early on the clinical signs may appear seasonally, but then as the disease progresses, the immune system becomes more sensitised and the skin structurally altered. So many longer-standing cases will then show clinical signs all year round. It appears to equally affect males and females.

In dogs, the sensation of itch may manifest with a great number of behaviours. Most often we see scratching, but also biting, chewing, dragging body parts, rolling, licking, rubbing against objects, shaking and scooting.

Initial body regions affected include, most commonly, the front feet and ear pinnae. As the disease progresses, other regions including the underside of the belly, chest and groin may be affected, and the area under the neck and the armpits also. Some cases will affect the muzzle and face. I have seen a number of cases just affecting the eyelids. Severe, long standing cases may have generalised disease that affects most of the areas of the body. 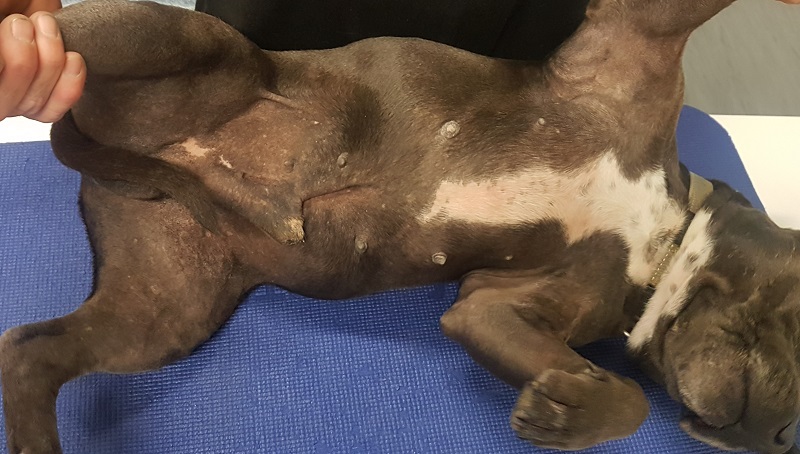 The initial presentation is a dog that has itchy skin with very few lesions, but usually there is a defect within the skin barrier that is a genetic component which can’t be seen with your eyes. This “barrier defect” reduces skin immunity and frequently leads to complicating secondary bacterial and fungal infections. We then also see dry skin, hair-loss, wounds, odour and discomfort. And pet owners are often driven mad with a dog that won’t stop itching and they just don’t know what to do.

The diagnosis of canine atopic dermatitis relies on a careful and thorough rule-out of all other disease that will produce similar signs. This will involve a careful case history collection from you, and thorough examination and some simple in-clinic tests to rule-in or rule-out the following:

Broadly speaking, there are two key components to manage in dogs with atopic dermatitis:

1. Managing the itch and skin surface:

-Anti-itch medications – such as anti-histamines, glucocorticoids, cyclosporin, and more recently drugs such as Apoquel and Cytopoint that your vet may have discussed or used already.
-Infection controlling treatments such as antibiotics and antifungals, which may be tablets or topical treatments (shampoos, sprays, wipes)
-Strategies to restore and maintain a healthy skin barrier (such as moisturisers, emollients, fatty) 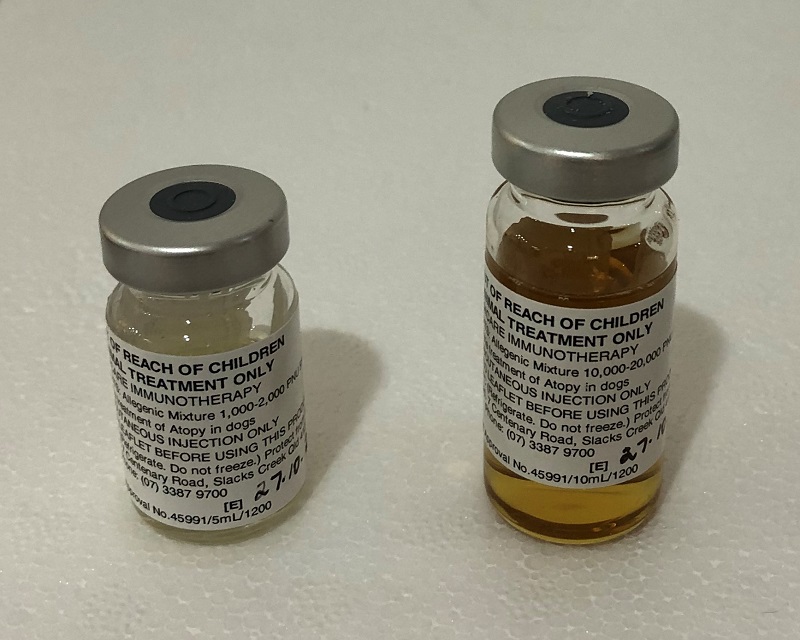 2. Managing the body’s immune responses to the offending allergens:

Allergen-specific immunotherapy (ASIT) benefits 50-80% of all dogs, and has been very effective to get these happy dogs off their medications or at least reduce their dependency on them. To undertake ASIT, we must first determine the exact causative agents. This is best done through Intradermal Skin Allergy Testing (ISAT) and sometimes serum (blood) allergy tests. These diagnostic tests help us to create a definite list of allergens (such as a specific species of grass, trees, weeds and some insect species) and from this, we can then compose a vaccine creating minute amounts of those allergens.

The vaccine created is used in Immonotherapy – a treatment aimed at desensitizing the body against those allergens. The vaccines are generally administered by injection (or sometimes, with a droplet that you place on your dog’s mouth). The injections can be easily administered at home by yourself, or our trained staff can administer it on your behalf. 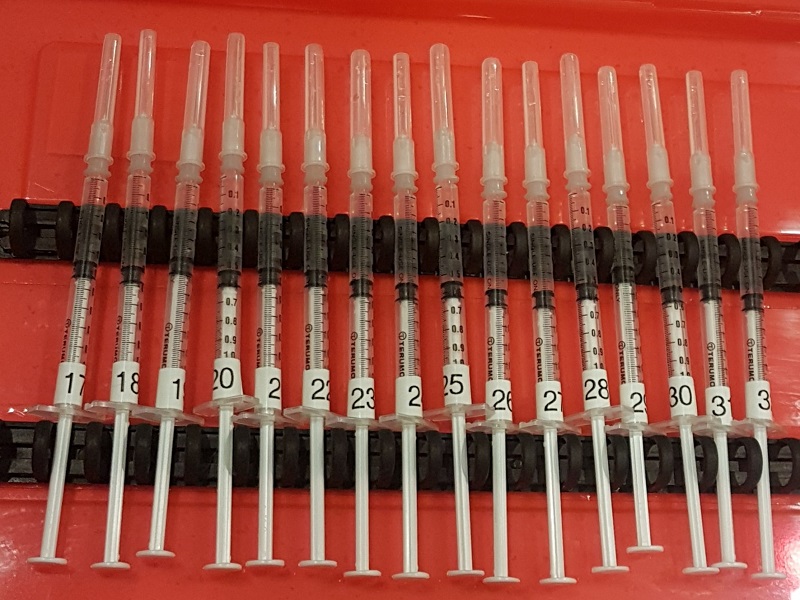 Initially the vaccine is administered daily for a week or so and before long they only need to be administered every 3 weeks, ongoing. ASIT may take 6-12 months to show a response, but when it does work, it really makes life easy for dog owners and much more comfortable for their furry friends.